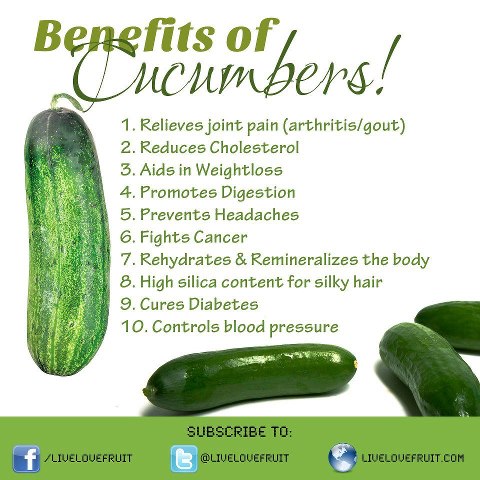 Since World War II, the U.S. has been hailed as the world’s breadbasket, pumping grains and meat from its fertile heartland out to the world. But another country is snatching that mantle away: Brazil.

In 2001, Brazilian agricultural exports totaled $16 billion, according to USDA analyst Oliver Flake. By 2010 exports had climbed to a record $62 billion and reached approximately $80 billion in 2011.

That represents an increase of 400 percent over 10 years. Comparatively, U.S. exports rose about 175 percent over the same period, Flake says.

You’re opting for a low-calorie healthy lunch so you mix hearty greens, toss in a sliced hardboiled egg, tomatoes, sprouts, a can of tuna in water and sprinkle cheese on top. You know your meal is low-fat and packed with plenty of protein.

But did you also know it might be packed with something else? Food-borne illnesses. And if you do get food poisoning, you’ll have plenty of company. Each year seventy-six million Americans get sick from food-borne illnesses. According to a recent report by the Center for Science in the Public Interest (CSPI), foods like leafy greens, sprouts, and a list of other so-called super healthy foods like berries are the most likely to be carriers of infections or toxins.

The group came to that conclusion by analyzing the Center for Disease Controls (CDCs) data on food illness outbreaks dating back to 1990. About half of the fruit-and-vegetable outbreaks were caused by salads, berries, raw sprouts, and lettuce. Four out of every ten produce outbreaks were the result of bacteria, viruses, and other pathogens that are commonly found in meat and poultry. That means that the fruits and vegetables were probably contaminated in the fields with tainted water or manure.

Although the CSPI wants to make consumers aware of the potential dangers of these foods, they don’t want people changing their eating habits. Instead, the group is trying to point out vulnerabilities in our food supply and offer ways to make food safer.

1 The top five danger foods include:eggs, cheese, tomatoes, sprouts, and leafy greens. Other foods that pose frequent problems are berries, potatoes, peanut butter and oysters. The best way to avoid getting sick to your stomach is to keep food cold and cook it thoroughly; avoid raw eggs and wash your greens thoroughly even if they come packaged. 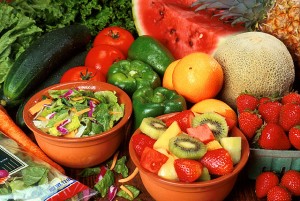 TOMATOES: If you’ve ever grown tomatoes in your garden or hot house, then you know that they love the heat and don’t do well in the cold. OK, a tomato is technically a fruit, but taste-wise, it’s closer to a vegetable. The fridge is not the ideal place to store tomatoes. Store them there and your perfect tomatoes turn into a disappointment and lose their crispy juicy crunch. They’ll still be good for cooking, but not the best for eating fresh. So instead of losing out on this burst of flavor, store tomatoes on your counter (not in direct sunlight) and enjoy them when they’re ripe.

BASIL: If stored on your kitchen counter, basil will remain aromatically fresh for a longer period if treated as you would fresh cut-flowers. A fresh bunch of basil can be kept in a clean cup of water (change it every day or two) away from direct sunlight. Covering it loosely with a plastic bag will help keep it moist ( allow for some fresh air to seep in from the bottom). It is not recommended to put fresh basil in the fridge because basil loves the heat, so extended periods of time in a cold environment  causes it to wilt prematurely.

POTATOES: Potatoes like cool, not cold temperatures. They do best at around 45 degrees F, which is about 10 degrees warmer than the average refrigerator.  Storing them in a paper bag in a cool area like a pantry is best. A brown paper is more breathable then plastic so potatoes won’t  rot as easily.  Storing potatoes at cold temperatures converts their starch to sugar more quickly, which can affect the flavor, texture and the way they cook.

ONIONS: Onions don’t come out of the ground with a protective papery skin. To keep that dry outer layer they need to be “cured”. Lack of air circulation will cause onions to rot. Many of us store onions with potatoes together, but that is not a good idea because potatoes give off moisture and release gasses that can cause onions to spoil quickly. Since light can cause onions to become bitter, it’s best to store then in a dark, cool, dry, and well-ventilated place.

So as you can see, our refrigerator is not always the go-to storage unit for all of our fruits and vegetables.

Uploaded by USFoodandDrugAdmin on Mar 22, 2011

Fruits and vegetables are an important part of a healthy diet. Your local markets carry an amazing variety of fresh fruits and vegetables that are both nutritious and delicious. As you enjoy fresh produce and fresh-squeezed fruit and vegetable juices, it is important to handle these products safely in order to reduce the risks of foodborne illness.

US Department of Agriculture Food Pyramid

According to the USDA (United States Department of Agriculture), a variety of fruits and vegetables are essential for good health. However, most people are not getting enough of them in their diet. Fruits and vegetables are rich in fiber, vitamins and minerals, which can guard against certain cancers and cardiovascular diseases.

Watch a video from one of our LOCAL Aruban Farms…. Nos Cunucu – The Land Farm.
Help us “Keep Aruba Growing!”

Fruit and different colored vegetables are labeled as super foods because they contain high concentrations of phyto-nutrients (protective plant compounds) particularly powerful antioxidants that have proven to be beneficial to our overall health. They guard our body from harmful free radicals and help to protect against certain chronic diseases such as cancer.

We would love to hear from you.

Just hit “reply” and tell us about how you delight the people who sit at your dinner table.
Tell us the steps and ingredients and we will post your recipe on our Website.

IslandFresh is the leading independent distributor of locally farmed produce in Aruba. We pride ourselves in being the only company solely focused on representing, distributing, and showcasing all local farm interests.

In addition to our sustainable and responsible distribution capabilities, we provide a wide range of innovative services for our customers and suppliers that foster mutual success and growth. Our other primary services include strategic advisory, marketing and promotional tools, category management and in-store support.